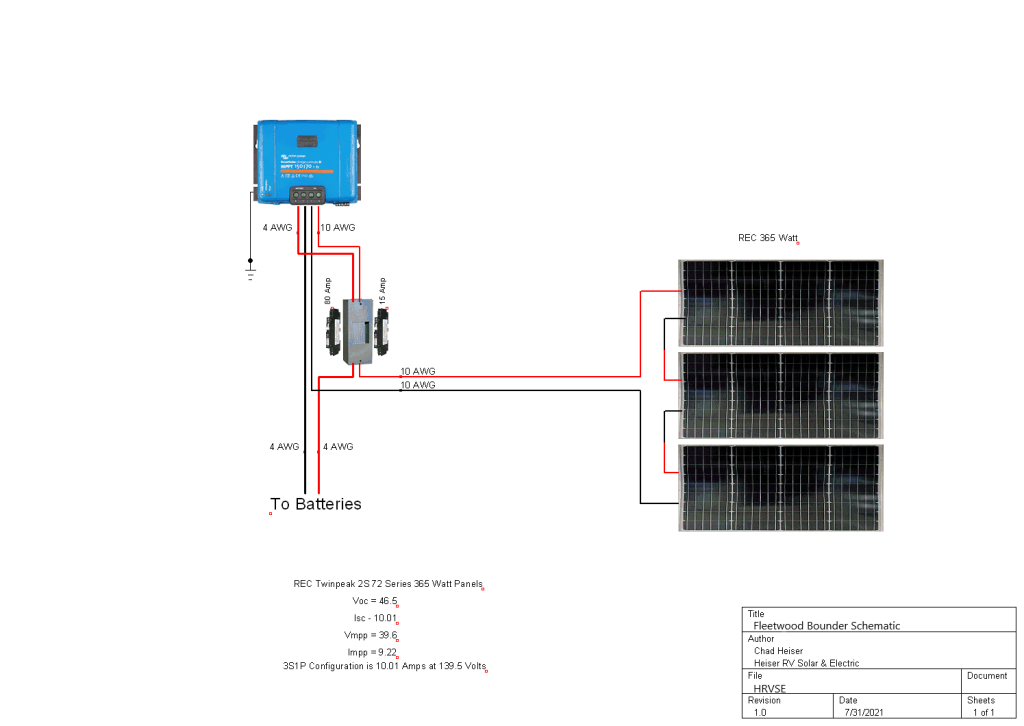 This installation was completed in August of 2021.  This motorhome is owned by a friend of mine and I have installed various parts on it in the past.  The owner has a small 1750 watt point of use inverter with a couple of dedicated receptacles in the rig.  The rig runs on four six volt AGM batteries.  The owner mostly stayed in RV parks until we began camping together.  Once he discovered boondocking, he slowly began adding components over time.  After several longer boondocking trips, the owner finally decided he was tired of running his generator to recharge the RV batteries and he asked me to add solar to his rig.  I was able to add three 365 watt REC panels on the roof of his rig and still allow for enough room to move around on the roof.The job was pretty simple, with the hardest aspect being finding a way to run the PV wire from the roof to the battery compartment.  We were able to fish the wires behind his refrigerator and then through some interior cabinets and eventually into the battery compartment.  Once that was completed, everything else was pretty simple and straight forward.  The owner is very happy he doesn’t have to run his generator all the time (and so are the people who camp with him 😜).