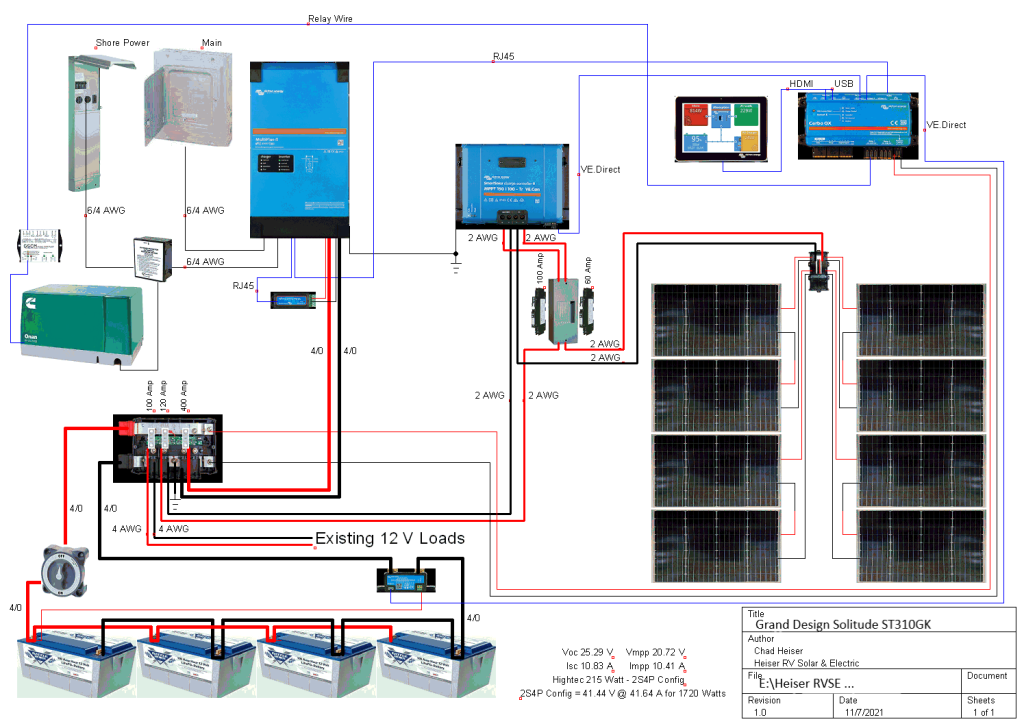 This installation was completed in December of 2021. The owners of this 5th wheel were recently retired and they planned to spend extended time traveling in their rig.  They wanted a system capable of providing power and conveniences while boondocking for extended periods during their travels.  They spent some time talking to RV dealers about possibilities, but were not satisfied with the service or knowledge of the people to whom they were talking.  They eventually found me and we had a discussion about what they wanted and what I could provide.  They brought the 5th wheel to me to look over and during that process decided to have me build a system for them.  They left the 5th wheel with me while parts were ordered and once they arrived, I began the work.  This particular floor plan had lots of open space behind the basement wall, which made it pretty easy to install all the equipment out of sight and out of the way.  The customers actually gained additional storage space in the generator compartment because the OEM batteries were removed from that area.  This freed up that space for other items.  The system is based around four Battleborn 100 amp hour batteries and a Victron Multiplus II inverter/charger.  The Multiplus II was installed in line ahead of the main power panel and can power all electrical circuits in the trailer (within the capabilities of the inverter).  All the components went in with no issues.  There was plenty of room left over to allow for expansion of the battery bank in the future if desired as well.  There is also room on the roof for additional solar if desired.  This 5th wheel came from the factory with easy roof access to the middle of the basement storage compartment, making installing the solar panel wiring an easy task.  Once the installation was complete, the customers returned to pick up the 5th wheel and get a tutorial on how to use all the components.  They were very happy with the final product and were looking forward to taking it out and using their new system.