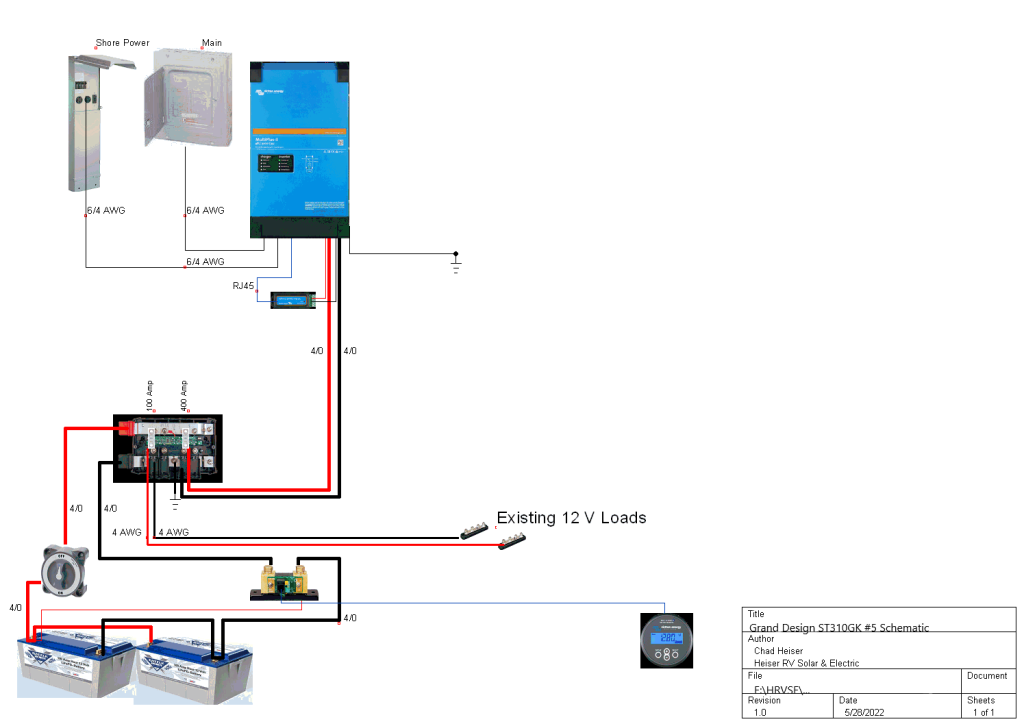 This installation was completed in July of 2022. The owner of this 5th wheel is a relative of one of my previous customers.  The owner saw the work I did on his relative’s 5th wheel and contacted me to build out a similar system on his 5th wheel.  The 5th wheel came equipped with a Go Power solar charge controller and two 190 watt Go Power solar panels, but did not have any other equipment installed.  The owner had modest requirements for his new system, but wanted the option to be able to expand the system in the future.  After discussing the basic capabilities the owner wanted from his system, I put together a system design and submitted it for the owner’s review.  The owner accepted the design and we set an installation date.  The system consists of two Battle Born 100 amp hour batteries, a Victron Multiplus 3KVA inverter charger and a Victron BMV712, along with some other miscellaneous parts.  The owner plans to utilize the OEM solar components until he is ready to upgrade the system in the future.  The system installation went fairly quickly due to its small size.  I did wire the system to allow for the addition of up to four additional batteries in the space available.  It will also be a simple matter to replace the OEM Go Power solar with Victron components in the future if the owner wishes to add additional solar capacity.