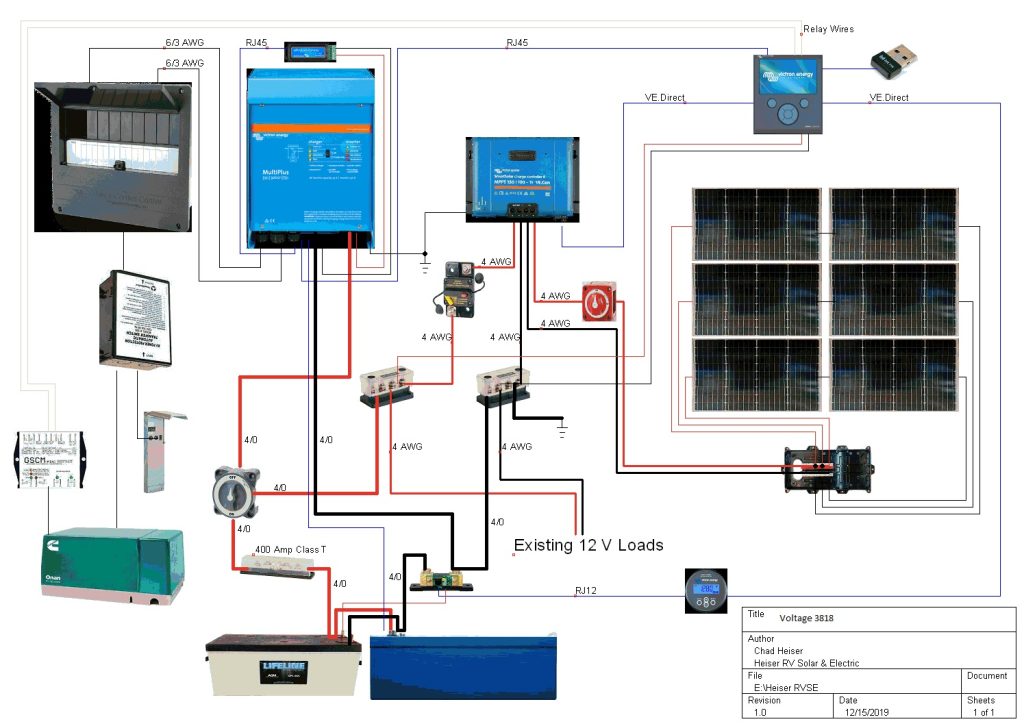 This installation was completed in the fall of 2019.  The owner of this toy hauler sat through several of my battery, inverter and solar presentations at rallies.  He had an interest in a system for his rig, but didn’t think he really needed one.  He then went on a boondocking trip with several other rigs that had complete solar packages installed (mine being one of them).  He was the only rig without a system and consequently, he was the only rig regularly running a generator while everyone else was able to use their rigs without generators.  This was the straw that broke the camel’s back for him.  He finally got first hand experience on the benefits of a complete package solar system and he approached me about installing a system on his rig.  He brought his toy hauler to me and I went to work.  He wanted all the bells and whistles for his system.  He does a lot of boondocking and “moochdocking” in his travels.  His wife was getting ready to retire and he wanted their toy hauler to have all the conveniences for her of being hooked to power, whether they were or not.  When the installation was done, he and his wife went straight to Quartzsite, AZ for their first trip with the new system.  They ended up spending three months boondocking in the desert and were able to live as if they were plugged into power the whole time.  They still use their generator if they want air conditioning or if they get several days of cloudy whether, but it doesn’t get anywhere near the hours put on it that it did before the system was installed.