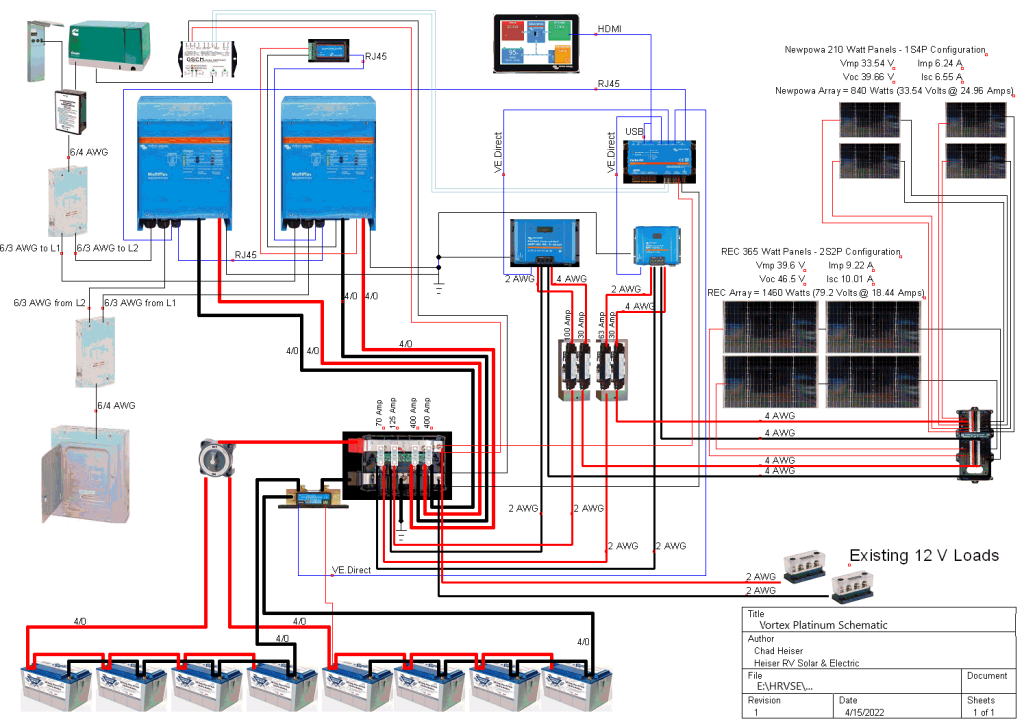 This installation was completed in May 2022.   The owner of this toy hauler contacted me in January regarding building a system for his rig.  We had a number of discussions about possible system configurations and what the owner wanted to accomplish with the system.  The owner brought the rig to me at one point so I could get a better feel for the layout of the roof and the storage compartments.  This helped greatly in coming up with a detailed estimate and installation plan for the system.  The owner eventually agreed upon a final system configuration and we scheduled an installation appointment.

There were also other additional items added, including an Atkinson Electronics generator interface and a new Surge Guard electronic management system transfer switch.  All of the system components were fitted in dead spaces previously unutilized in the trailer behind the basement wall and above the generator compartment.  This meant the owner lost no storage space as a result of the installation.  The owner was very happy with the final installation results.